28 July 2015, Representatives of Thai and Myanmar attended the Eighth Meeting of the Thailand - Myanmar Joint Commission for Bilateral Cooperation (JC), hosted by Thailand at Shangri-La Hotel in Chiang Mai province. This meeting was co-chaired by General Tanasak Patimapragorn, Deputy Prime Minister and Minister of Foreign Affairs of Thailand and Mr. U Wunna Maung Lwin, Minister for Foreign Affairs of Myanmar. Both sides discussed on cooperation and results of the meeting are as follows:
Myanmar side has proposed that
1. Visa Exemption for Holders of Ordinary Passports, Thai and Burmese citizens traveling by plane to either country may enter visa-free and stay in the country for up to 14 days, and other traveling channels will be further considered.
2. Cooperation to send persons who entry to Thailand illegally according to agreed process
3. Promoting two-way trade and investment with an aim to increase the trade value to 10-12 billion US Dollar within 2017
4. Strong inspection of import food to secure a good health of both countries
5. Cooperation in narcotic drugs prevention and suppression
6. Commencement of negotiations on the draft Agreement on Cross-Border Transport
7. Stressed on the significance of implementation of the Dawei Special Economic Zone to be success under Thai-Myanmar-Japan cooperation
8. Joint study and preparation of signing an agreement for Thai-Myanmar labor cooperation. By Thai side will supervise labors from Thai hirer and health insurance, including Myanmar labor development in border area.
9. Concerning financial and banking cooperation, Myanmar allowed the baht – kyat direct exchange. In May 2015, Myanmar gave permission for the Bangkok Bank to open its branch in Yangon, Myanmar, and other banks will be further considered.
10. To strengthen cooperation in Mekong river basin and energy
11. Myanmar will decrease the condition stringency of entry of tourists.
12. To strengthen cooperation in education
13. To request Thai side to support on public health
Leader of Thai side agreed on such proposals and additional message as follows:
1. Thailand appreciates for Myanmar’s welcome H.R.H Princess Maha Chakri Sirindhorn, during her visit to Myanmar in October 2015.
2. Thailand would support to create happiness and good relationships between the two countries and confirmed its support for reform and peace process in Myanmar.
3. To strengthen bilateral cooperation between the two countries in all areas.
4. Joint development for the special economic zone in border area, especially Dawei
5. Thailand has a readiness to construct road and 2nd bridge if Myanmar is ready to do it and agree to establish a joint working group.
6. Thailand has proposed to discuss on a construction of roads between Thai-Myanmar-India.
7. Thailand has a commitment and sincere to join develop with Myanmar, therefore, hotline would be proposed for continued communication at all levels.
Besides, the 9th meeting of JC will be held in Myanmar in 2016, the venue would be informed later. 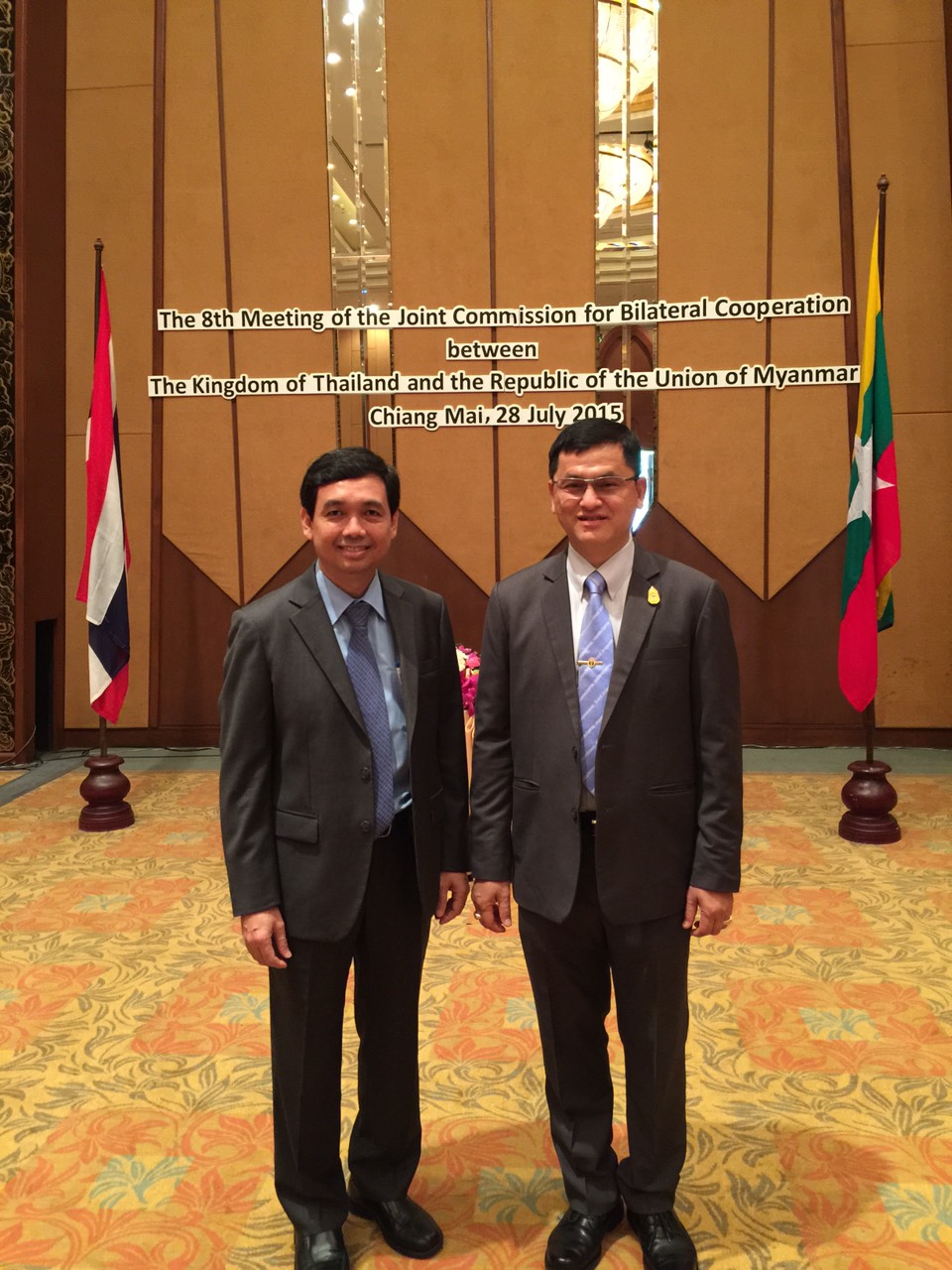 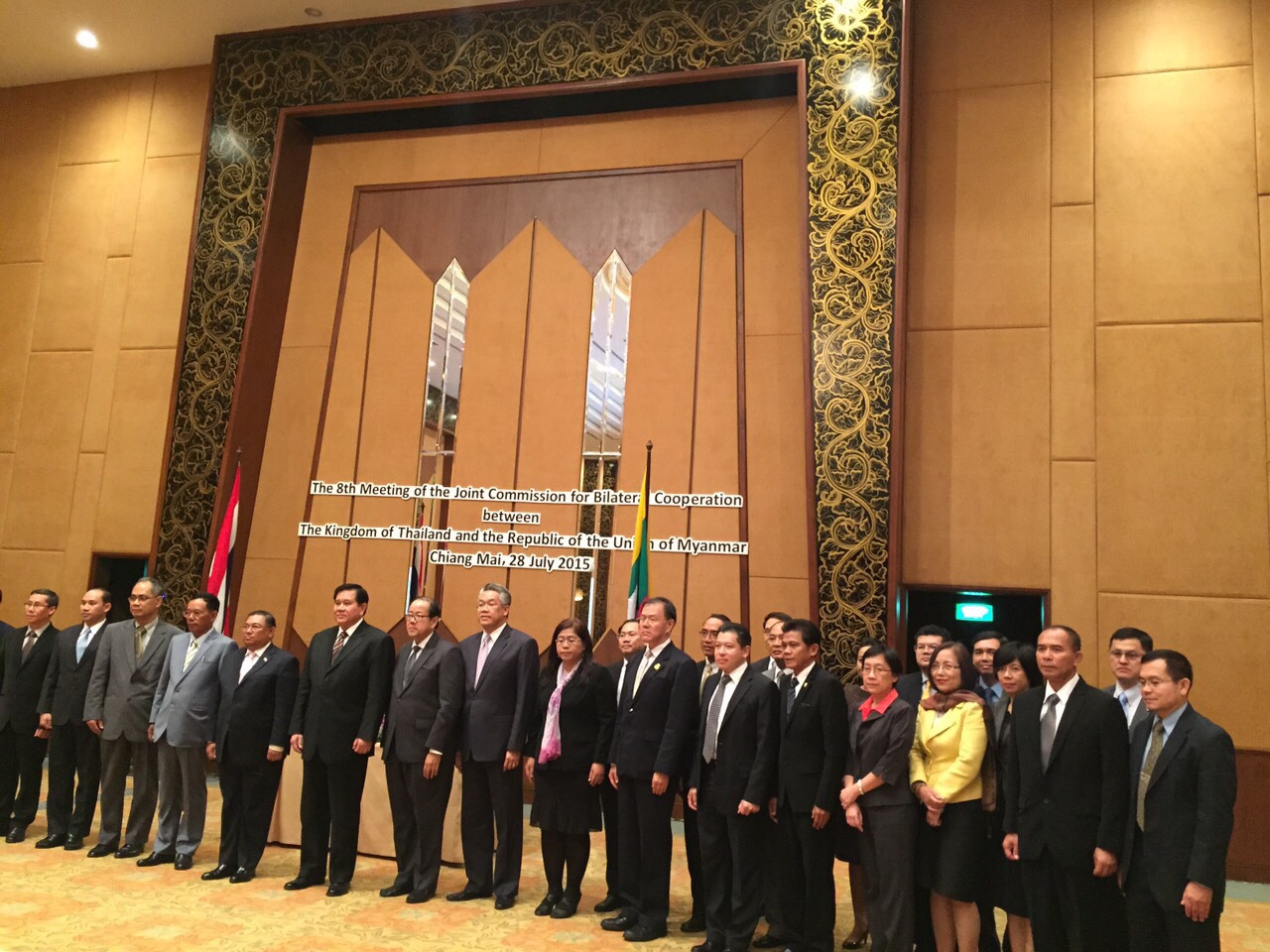 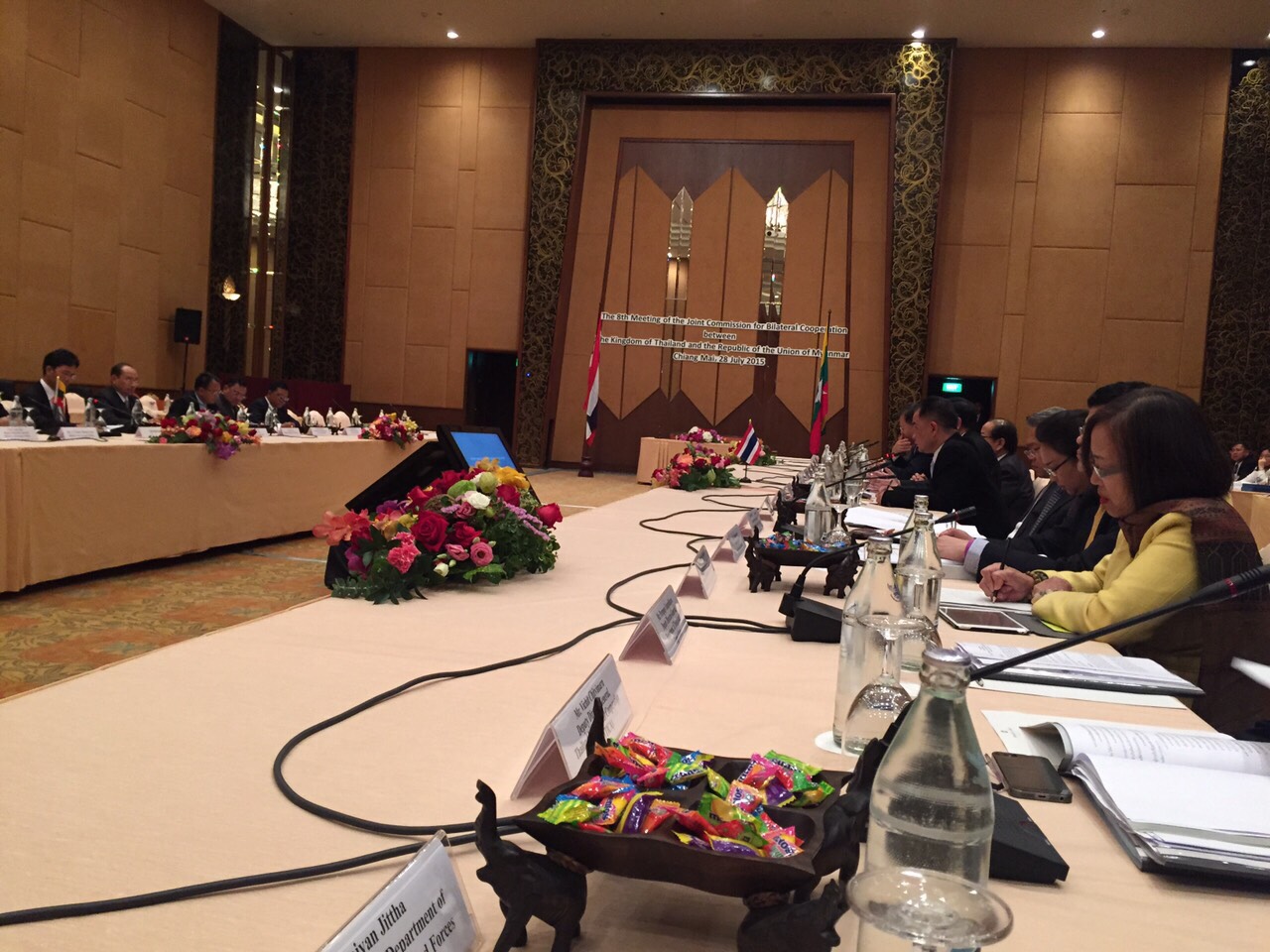 MEETS THE OFFICE OF THE OMBUDSMAN